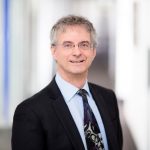 Journal of World Business
Editorial Review Board – 2016 to date

Hans B. Thorelli Award   August 2019
Awarded by the American Marketing Association (AMA) for article titled ‘A Note on Psychological Distance and Export Market Selection‘, which was published in Journal of International Marketing, 2000, Vol. 8, No. 1, pp. 51-64.  Each year, the Hans B. Thorelli Award recognizes an article that has made the most significant and long-term contribution to international marketing theory or practice.

Emerald Literati Award   2018
For the chapter ‘Born global firms and accidental internationalists: Has Hennart (2014) opened a can of worms?‘ published in Review of International Business and Strategy.

Best Paper Award   2014
Awarded for the paper ‘The Effects of Within-Country Linguistic and Religious Diversity on Foreign Acquisition‘ – presented at the SMS Regional Conference, December 2014, Sydney.